These changes are related to hormone fluctuations, but also may have more specific causes – such as increased sensitivity to insulin (which triggers low blood sugar and thus cravings) or low levels of serotonin (which naturally make us crave carbohydrates and want to eat more).

Why am I always hungry? 6 reasons you’re feeling starving

Ever had one of those days where you could eat a horse? The experts explain what’s going on when you’re feeling ravenous.

The next time you’re feeling inexplicably ravenous, it might be one of these things that’s to blame…

1. You’re not getting enough sleep

Lack of sleep may have a direct effect on how hungry you feel and how much you eat, says nutritionists. Short sleep duration has been found to reduce levels of a hormone called leptin, which inhibits hunger, and increases levels of the hormone ghrelin, which stimulates hunger. This is one reason why poor sleep may lead to weight gain, too. 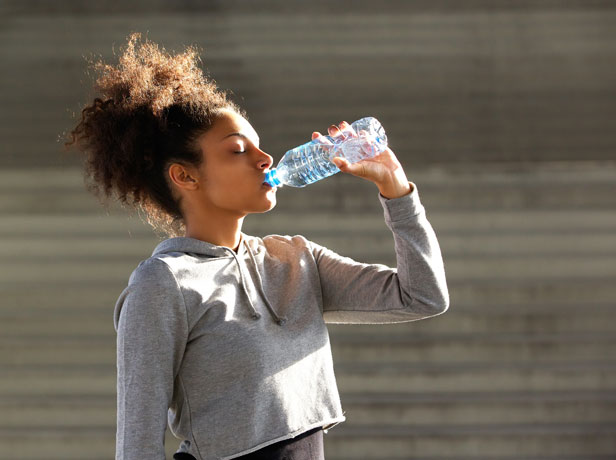 Are you really hungry – or just thirsty? Sometimes thirst can actually be mistaken for hunger. We feel like we’re craving something and interpret this as hunger, when actually all we need is a glass or two of water!

Drinking water between meals also generally us feel fuller and can help to manage appetite. It’s important, however, not to drink lots of water immediately before, during or after a meal: this dilutes the digestive juices and can have a negative impact on our digestion.

They do say you’re eating for two, but is that really why you’re suddenly starving?

4. You ate too much last night

Nutritionist Cassandra Barnes says: “When we eat lots of carbohydrates in one sitting, they are absorbed quickly into the body as sugars. This spike of sugars (glucose in particular) in our blood causes a surge of insulin to be released, the hormone that stimulates our cells to take up glucose. As all the sugar is quickly removed from the blood, this triggers hunger and more carbohydrate cravings. You might even wake up with cravings in the night!

“To stop this happening, it’s best to avoid refined carbohydrates and choose meals containing a moderate amount of unrefined carbohydrates (think sweet potatoes, brown rice or quinoa) combined with a good portion of protein, such as a piece of fish or chicken, and a big serving of non-starchy vegetables like broccoli or other green veg. This will allow those carbohydrates to be digested and absorbed more slowly, keep you full for longer – and won’t cause the surge of insulin that makes your blood sugar drop.”

5. You’re getting your period

“It’s been found that women’s appetite and food intake increase during the second half of the menstrual cycle and in the lead up to menstruation,” says Cassandra.

“Increased appetite and especially carbohydrate cravings can also be a symptom of pre-menstrual syndrome for some women. These changes are related to hormone fluctuations, but also may have more specific causes – such as increased sensitivity to insulin (which triggers low blood sugar and thus cravings) or low levels of serotonin (which naturally make us crave carbohydrates and want to eat more).

“To help balance your blood sugar levels and manage cravings, it’s essential to focus on eating protein-rich foods (fish, meat, eggs, pulses, nuts and seeds) with each meal, and minimise your intake of processed and refined carbohydrates and sugars.”

Caffeine and alcohol can also have a dire effect on hormone balance, says Cassandra, and so these should be kept to a minimum.

The slightest ‘stressful’ event in your life – such as losing your phone, keys or wallet – can see you reaching for the biscuit tin. But there’s a reason why stress makes us hungry.

Dr Marilyn Glenville, nutritionist and author of Fat Around The Middle, says: “After a stressful event, cortisol levels in the blood often remain high for a while, effectively increasing your appetite. Your body thinks you should refuel after all this fighting-or-fleeing. That’s the reason why people with stressful lifestyles quite often feel constantly hungry. Their body urges them to stock up on the foods that it thinks will be most useful after all that ‘activity’ – so they crave carbohydrates and fats.”

But, she warns: “If you don’t fight or flee when your body expects you to, the fat and glucose in your system get deposited as fat – around the middle of your body. Why? Fat targets our belly is because it is close to the liver, where it can quickly be converted back into energy, if needed.”

And Glenville recommends we try to keep blood sugar levels and energy levels stable by eating regularly. “Eat breakfast, lunch and dinner, plus a snack mid-morning and one mid-afternoon, with no longer than three hours between. Try not to eat carbohydrates after 6pm.

“This will stop those rollercoaster highs and sugar cravings. Because your blood sugar isn’t allowed to drop, your body will no longer have to ask you for a quick fix. As the blood sugar steadies, so will your mood swings.”