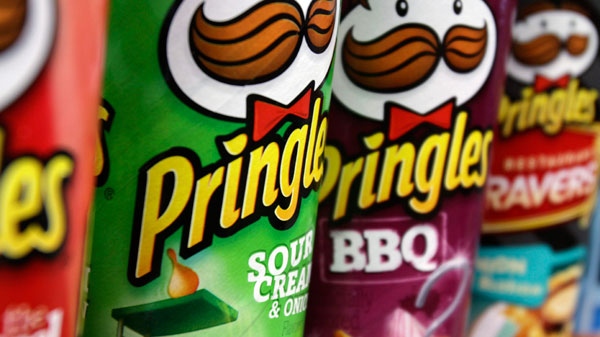 A teenager in the United Kingdom described as a “fussy eater” lost his vision due to a strict diet of Pringles, French fries, white bread, processed ham and sausage.

A case study published Monday in Annals of Internal Medicine, shows the boy suffered from nutritional optic neuropathy, a dysfunction of the optic nerve cause by a diet low in nutrients required for nerve fibres in the eye to function. The condition can lead to permanent vision loss if left untreated.

Researchers at the Bristol Eye Hospital in the U.K. said the boy first visited his family doctor as a 14-year-old with a normal body mass index, but complained of tiredness. His doctor gave him some vitamin B12 injections to treat low levels of the vitamin and suggested some dietary changes.

A year later, the boy had developed hearing loss and symptoms related to his vision, but doctors could not determine the cause. By age 17, the boy’s vision had regressed to the point of blindness.

Doctors investigated and found the boy suffered several bone, vitamin and mineral deficiencies. That was when the teenager admitted to avoiding foods with certain textures since elementary school. He said he only ate French fries, Pringles, white bread, processed ham and sausage.

By the time doctors had completed the diagnosis, he had suffered permanent vision loss.

Though nutritional optic neuropathy is rare in developed countries, the University of Iowa documented a case in which a 28-year-old man’s diet consisted almost entirely of 1.9 litres of vodka per day, causing vision problems.

The authors of the U.K. case study say “fussy eating” restricted to junk food that causes serious nutritional deficiencies is a form of eating disorder.

The researchers say nutritional optic neuropathy should be considered in all cases of unexplained vision loss involving someone with a poor diet, regardless of the person’s BMI.