Snoop Dogg Is Publishing a Cookbook

Snoop Dogg, the legendary Los Angeles rapper known for “Gin and Juice” and other hits, is launching a cookbook called From Crook to Cook: Platinum Recipes from The Boss Dogg’s Kitchen.

The book follows the artist’s popular cooking show with Martha Stewart and includes 50 different recipes ranging from “snacks to satisfy those munchies” to more refined cuisine such as lobster Thermidor and filet mignon. And yes, there’s also a recipe in there for gin and juice, the Guardian reports.

In a statement, Snoop—real name: Calvin Broadus Jr.—promised the book would revolutionize your kitchen. “You know it’s blazin’ up in my kitchen,” he said in a statement. “I’m takin’ the cookbook game higher with a dipped and whipped collection of my favorite recipes, ya dig?” 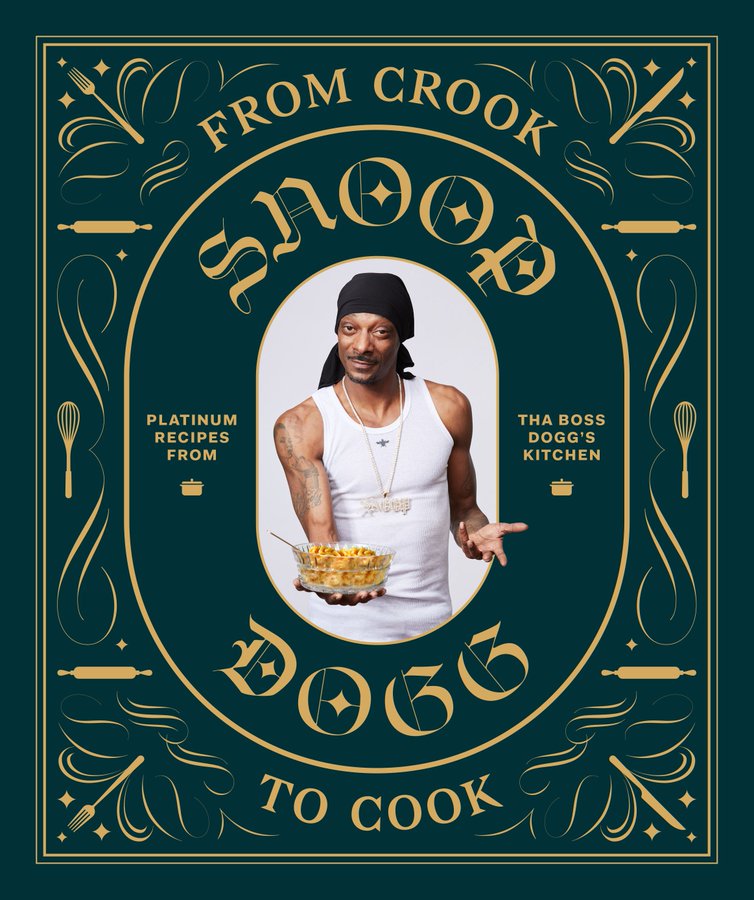 Despite that “blazin’” promise, all of the recipes will be cannabis-free. (With apologies to fans of The Chronic.)

From Crook to Cook will arrive on shelves on October 23. It’s published by Chronicle Publishing and can be pre-ordered now for $25.

The book isn’t the first culinary work from a rapper. Coolio, another popular 1990s artist, previously published Cookin’ With Coolio: 5 Star Meals at a 1 Star Price. And 2Chainz, who won a Grammy award last year for his song “No Problem,” previously released a 28-page cookbook entitled #MealTime, which included recipes from his recent tour.