Popeyes made headlines for its chicken sandwich in 2019, and now the popular food chain is capturing the attention of many for their latest launched fashion line based on employee uniforms.

Shortly after the release of Beyoncé’s highly acclaimed Ivy Park x Adidas collection, eagle-eyed fans were quick to point out the resemblance many of the maroon and orange pieces had to Popeyes uniforms.

Where there is a will, there is a way, and here we are with a fun mashup of uniforms from Popeyes that can now be shopped.

The imagery shot to accompany the line is very reminiscent of the Ivy Park line that quickly sold out.

Popeyes releases a fashion line based on employee uniforms.

The Popeyes uniform collection includes a variety of different pieces including a hooded jacket, a hat and a crewneck sweatshirt, which are quickly selling out. Prices range from $10 to $40.

Fer Machodo, who oversees global marketing for the popular food franchise, posted a tweet clearing things up about the inspiration behind the line.

“The thing is, we are not launching a clothing collection inspired by Beyoncé’s Ivy Park brand,” he said. “These are our current uniforms! For real. That look from Popeyes.”

That look from Popeyes

The thing is, we are not launching a clothing collection inspired by Beyoncé’s Ivy Park brand. These are our current uniforms! For real. That look from Popeyes

Another British grocery chain, Sainsbury’s, jumped in on the Ivy Park action as well posting a photo of their similarly colored uniforms along with the caption “Repping since 1869” on Instagram. 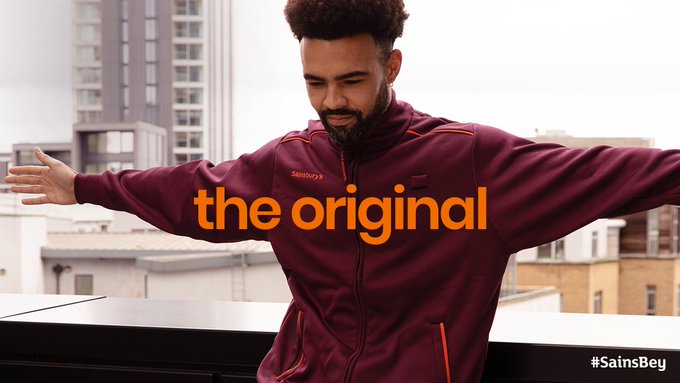 4,598 people are talking about this

Since posting, Sainsbury’s tweet has received more than 18,000 likes and over 4,592 comments.

This isn’t the first time a fast-food retailer has launched a line of clothing. Other big chains such as Taco Bell, McDonald’s, Red Lobsters have also forayed into fashion in the past.