Lagos (CNN)Google has created a doodle in honor of jazz legend and anti-apartheid hero Hugh Masekela on what would have been his 80th birthday.

Known as the father of South African jazz, the trumpet master channeled the struggle against apartheid into soulful compositions that championed the experiences of ordinary South Africans.
Masekela died one year ago in January, a few months shy of his 79th birthday.
Also known affectionately in South Africa as Bra Hugh, Masekela was born in the town of Witbank on April 4 1939.
His image was featured prominently Thursday on Google homepages in the UK, US, South Africa and a few other countries worldwide. 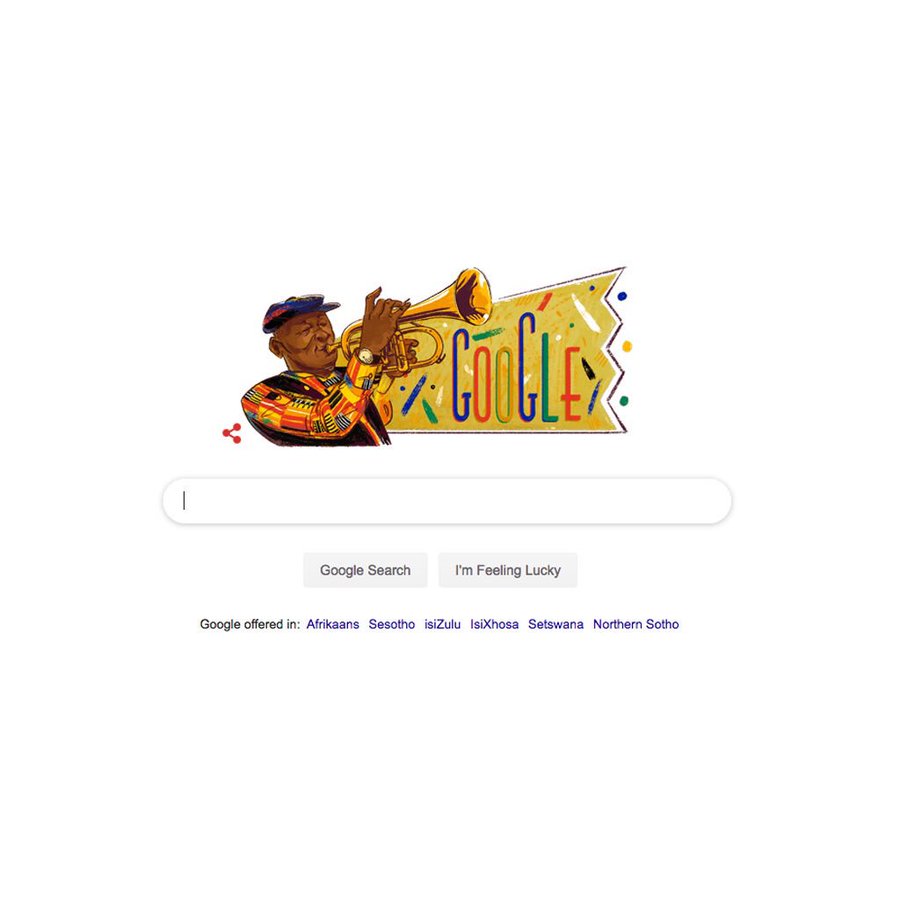 Visit http://Google.com  to share the link and celebrate with us!

606 people are talking about this
Twitter Ads info and privacy
“Today’s Doodle celebrates the world-renowned South African trumpeter, singer, bandleader, composer, and human rights advocate Hugh Masekela,” a Google said in a blog post. “Born 80 years ago today in the coal-mining town of Witbank, South Africa, Masakela got his first horn at age 14.”

Masekela performs at the FIFA World Cup Kick-off Celebration Concert in June 2010 in Johannesburg.
In 1960, at the age of 21, Masekela left South Africa to begin what would be 30 years in exile from the land of his birth. On arrival in New York he enrolled at the Manhattan School of Music.
He immersed himself in the New York jazz scene, watching jazz greats such as Miles Davis and John Coltrane.
The Grammy-nominated artist toured with Paul Simon and was a major player on the jazz and world music scene for decades.
Masekela’s 1986 “Bring Him Back Home” song, written for Nelson Mandela, became an anthem of the 1980s anti-apartheid movement.

Masekela performs in a concert in New York in April 2014.
His career spanned five decades, during which time he released over 40 albums and worked with a range of artists including Nigeria’s Fela Kuti, Marvin Gaye, Stevie Wonder and his former wife, the late Miriam Makeba.
In 1990 Masekela returned home to South Africa, following the release of Mandela from prison.