By Victor Deng from footwearnews
As the colorways for Kanye West’s popular Adidas Yeezy Boost 350 V2 begin to pile up, it doesn’t appear that releases for the popular lifestyle running sneaker will be slowing down.

According to the Yeezy Mafia on Twitter, the latest “Cloud White” and “Citrin” makeups are scheduled to launch in the fall. Official imagery for the “Cloud White” are currently unavailable, but the Yeezy leaker account has created a mock-up photo of the upcoming release.

The shoe boasts a clean white Primeknit upper with a translucent stripe that covers the lateral side of the shoe. Capping off the look is a Boost-cushioned midsole and a rubber outsole. 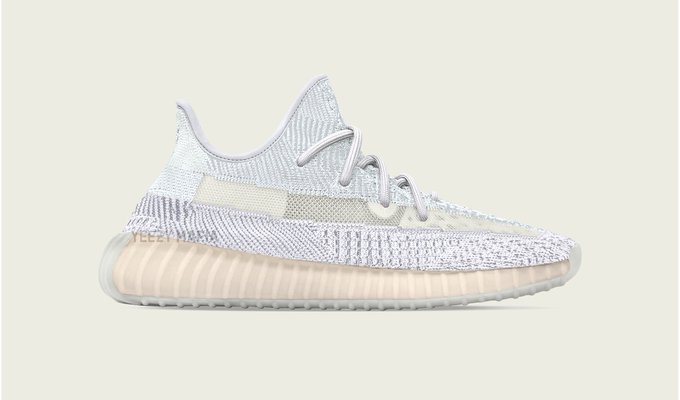 For the “Citrin,” a beige hue covers the entirety of the Primeknit upper, including on the translucent stripe, signature Boost midsole and the rubber outsole. Unlike the aforementioned pair, below is a first look of the “Citrin,” thanks to Instagram user @hanzuying. 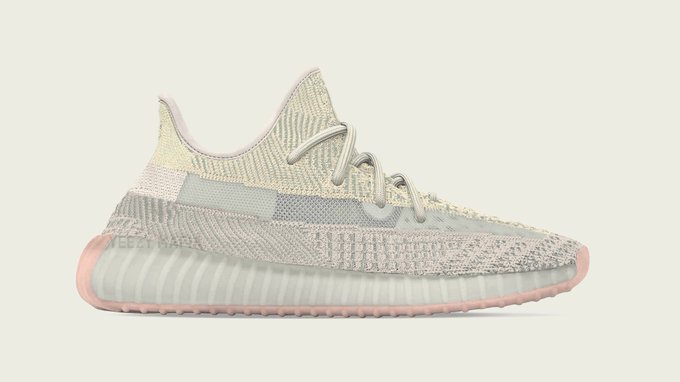 Both the “Cloud White” and “Citrin” shoes are rumored to release some time in September on Adidas.com/Yeezy and at select retailers, but that has yet to be confirmed by the sportswear giant.